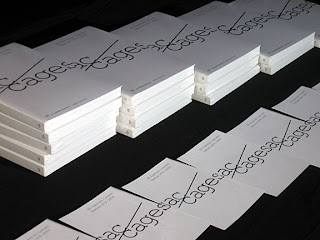 LUFF has published a book of French translations of some of my essays and short fiction, entitled Saccages. The book release party was on Oct 14 before The Haters performance that night: 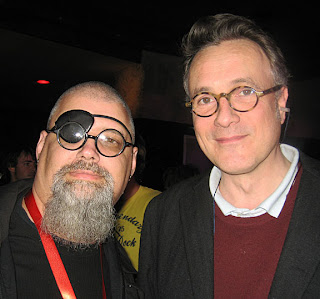 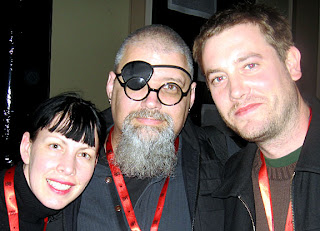 Jessica with author and editor... 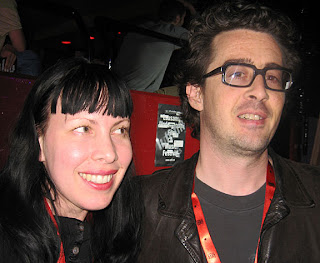 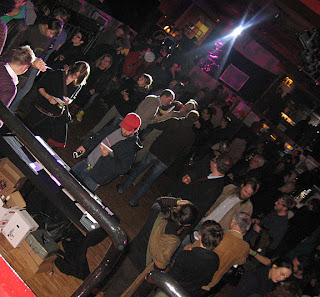 Posted by GX Jupitter-Larsen at 5:55 PM No comments:

Posted by GX Jupitter-Larsen at 11:39 AM No comments: 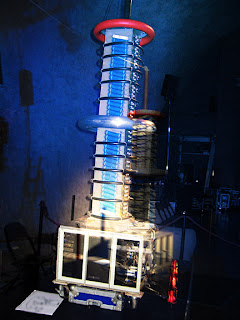 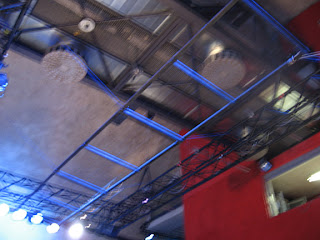 The actual ion-gun grid hung above.

Graz, Oct 8 2009, Greg Leyh and The Haters reunited for a reenactment of their 1993 Ion-Gun performance. The new ion-gun had an improved transformer and driver assembly that charged the largely unsuspecting audience to over fifty thousand volts. In 1993 the American audience in San Francisco was pretty competitive with one another in seeing who could get the biggest charge in order to dish out the biggest shock. The 2009 Austrian audience, with a stronger sense of community, seemed much more curious in coming up with different ways to make the ion-gun a shared experience. Most people this time were using different body parts to see how the shock would be effected. This lead to people, mainly females, kissing directly under the ion-gun.

In 1993, the decoy performance on stage was seven members of The Haters watching blank static on a TV while slowly cutting up large pieces of cardboard. This time, the decoy was GX Jupitter-Larsen and Jessica King together grabbing onto the same live microphone and pushing it into sandpaper. An old guy was seen running around yelling about the noise scaring away the devil inside him.

Posted by GX Jupitter-Larsen at 11:49 PM No comments: 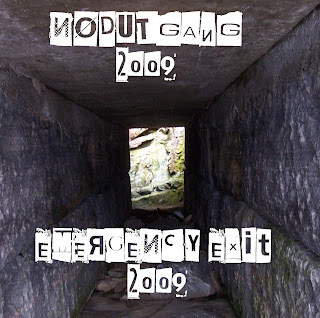 NØDUTGANG 2009 album is now online. Includes my very own Spinner Spade 2009: paranoiaisfreedom.blogspot.com
Posted by GX Jupitter-Larsen at 12:34 PM No comments: