“Personal Radio: A Los Angeles perspective on radio art” is a radio series I curated for Kunstradio on the ORF. It starts this weekend. Everyone knows much of America is wide open empty space. In much of the nation still to this day, the only sound you'll going to hear is not wildlife, but that of radio. That's if you happened to have a receiver handy in the first place.

Not everyone however, fully comprehends how, in America, a city can be empty without being a ghost town. Los Angeles is one such town.

Both bright and dusty, Los Angeles is a checkerboard of vacant lots and parking spaces. The city is dotted with both Vacancy and Keep Out signs. Empty maybe, but the void that is the Los Angeles landscape remains buzzing under a condensation of radio buzz.

Radio has had a long history of being that constant reassuring background hum in the pop culture context of America. In the age of webcasting and digital satellite transmissions however, analog over-the-air radio has increasingly become the domain for the outer fringes of special interest groups. The background static is still there, but the noise is often distance and alien to
many listeners.

So what are artists to do in such a cultural context? What is radio art within such a place? How does one make radio meaningful where there is no community? How does the artist make radio personal?

In this series I've invited five Los Angeles based artists to help answer these questions. Each of them has had an extensive involvement in radio, either by actively broadcasting over the air, or by repurporting the medium in a larger artistic frame of reference.

The series starts with Joseph Hammer taking a look at how cultural identity is manifested by radio.

AMK makes radio his turntable. He takes radio and cuts it up into little pieces much like he does with his flexi records in order to play back a very different tune.

Can radio signals physically change the shape of your receiver? Maybe...
Damion Romero affects resonate physical space as the tactile edges of harmonic equilibrium are explored with raw noise and feedback.

Gil Kuno listens in on the local Hispanic community.

There are china dolls, and there are paper dolls. There are also radio dolls, according to Hollywood based toy designer Jessica King, who will be joining me in a collaboration for the final broadcast of this series.

Details and links: HERE
Posted by GX Jupitter-Larsen at 9:07 AM No comments: 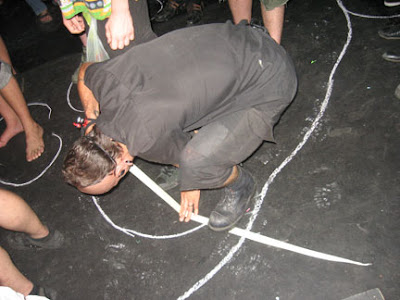 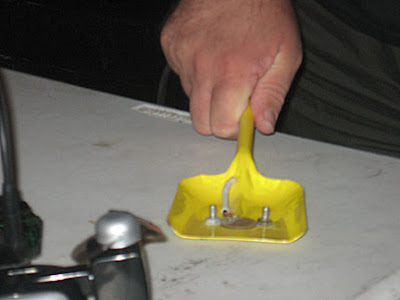 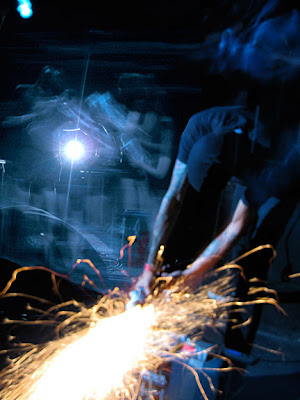 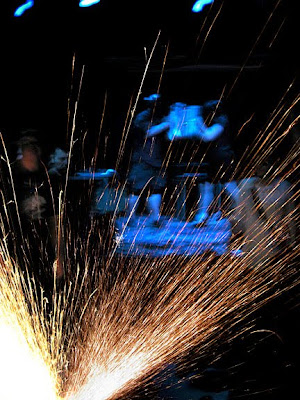 Sound travels, and so does entropy. The Haters present "Loud Luggage / Booming Baggage" in which GX Jupitter-Larsen, Jessica King, and Steve Meketa shake, bang and grind their amplified suitcases till they break.
Posted by GX Jupitter-Larsen at 11:41 AM No comments:

The Haters at Neon Marshmallow Fest (2010)

Posted by GX Jupitter-Larsen at 8:04 AM No comments:

After the Neon Marshmallow Fest!!! 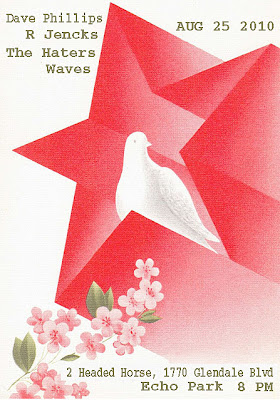 After the Neon Marshmallow Fest in Chicago we'll be back in LA making noise with Dave & co. AMK will be sitting in with The Haters too!
Posted by GX Jupitter-Larsen at 12:17 PM No comments:

Steve Meketa's new tattoos are based on symbols from the Jupitter-Larsen Standard Ruler. 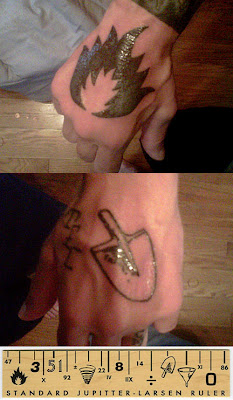 Posted by GX Jupitter-Larsen at 11:01 AM No comments: 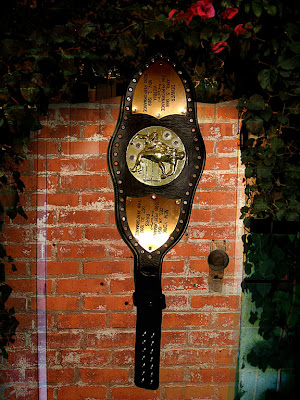 The Untitled Title Belt (UTB) was based on the appearance of the traditional wrestling championship belt. This implement however, with its electronics installed inside the center plate, can function simultaneously as a microphone, distortion-pedal, & noise generator. GX Jupitter-Larsen has used the UTB in many of his live performances and most of his studio recordings since its premiere at a San Francisco show in 1999.
Posted by GX Jupitter-Larsen at 10:23 AM No comments: 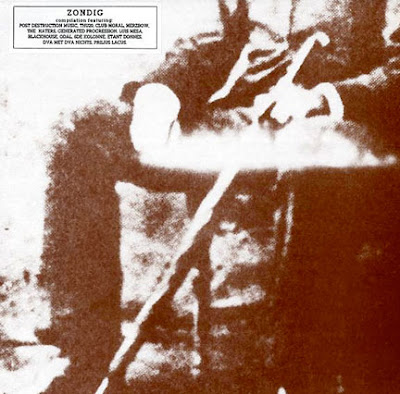 This is a 1989 remix of a 1988 recording that was used on ten different releases. The best known was the comp LP Zondig on Midas Music: HERE
Posted by GX Jupitter-Larsen at 2:49 PM No comments: